“Are You Depressed?” – Fan Quizzes Burna Boy’s Mental Health over Choice of Outfit

Fan of Grammy award-winning singer, Burna Boy, questions his mental health over the choice of outfits in recently released shoots.

Burna Boy who recently trimmed off his beards has since triggered mixed reactions over his new look that the majority says ‘No’ to.

Sharing photos of the self-acclaimed singer on Twitter, a user identified as @hsakuraaaa expressed utmost dissatisfaction with the singer’s appearance.

“These pictures dey vex me. Why @burnaboy I need a detailed reason for this are you depressed? You can slide into my dm and talk yunno,” she wrote.

Meanwhile Reality star, Angel Smith, suffers a wardrobe malfunction that exposed her chest during an event organized by Big Brother.

It would be recalled that the ex-housemate of the just Big Brother Naija reality show stated that to date, she does not own a bra because it is a discomforting piece of fabric.

During the Pepsi and BBN party that took place on Friday night, Angel could be seen with her chest almost falling out of her gown; to which her attention was called to by a random dancer.

Kiddwaya boasts about having more money than Wizkid and Burna Boy 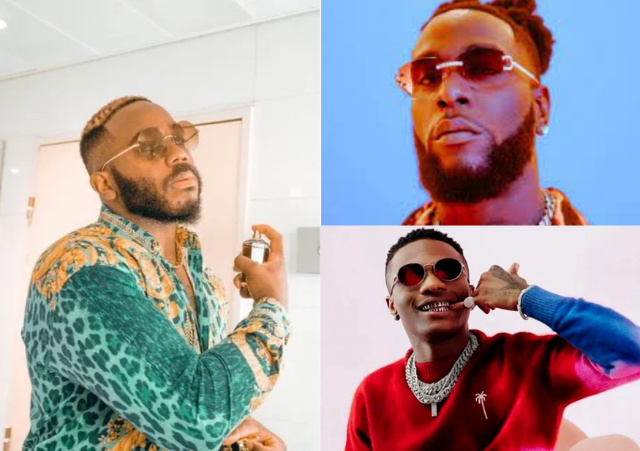 Kiddwaya boasts about having more money than Wizkid and Burna Boy