Nigerian singer, Fave has released her debut EP, Riddim 5 this morning with fans expressing their love for the new project via their reactions.

In the reactions, fans raved about Fave‘s much-anticipated debut EP, Riddim 5 which was just released this morning and grabbing headlines already. The EP was released on Thursday, the 20th of January 2022.

Basking on the success of her hit single “Baby Riddim,” FAVE has decided to decorate her catalogue and start the new year with a body of work. Finally, she unlocks her highly anticipated debut EP dubbed Riddim 5.

As usual, FAVE is known for having multiple songs without features, the new project is not spared either. The Riddim 5 EP consists of 5 superb tunes, Obsessed, S.M.K, Kilotufe, Mr Man, and of course the popular record Baby Riddim.

If anything, the reactions to Fave’s debut EP, Riddim 5 only confirms what we know already and that is the fact that she is an exceptional talent. Twitter user @itzbasito writes;

Fave has decided to start the year for us with a body of work that happens to be an embodiment of greatness and pleasure. Every track on that Riddim 5 EP leaves a fair share of orgasm in your ears, what a beautiful piece put together by an incredible talent. 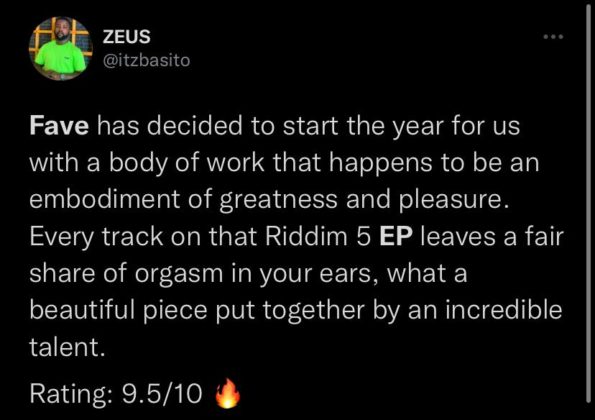 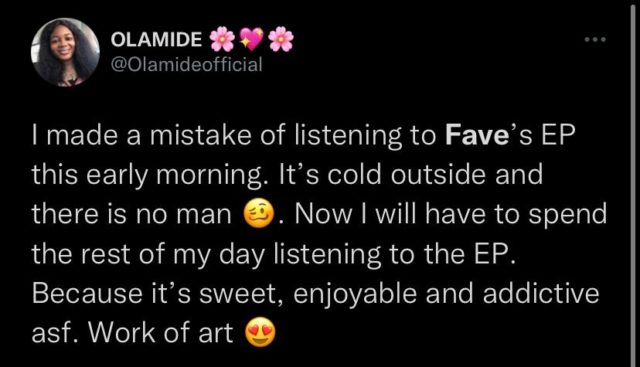 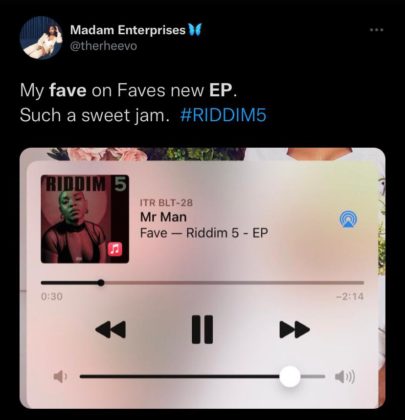 Blaqbonez Speaks On Absence Of Davido Scene In ‘Back In Uni’ Video, Read

Blaqbonez Speaks On Absence Of Davido Scene In ‘Back In Uni’ Video, Read